For UK eHealth Week, we are sharing with you a series of guest blogs from our online therapy partners, who will be highlighting some of the benefits of eHealth and drawing on their own experiences, both here and abroad. Today, Claire Harding, Head of Research and Impact at Big White Wall shares this fascinating piece on ehealth and inequalities.

We will hear about all the key issues in digital health during eHealth week – consumer appetite for health tech, governance, and the growing digital evidence base – but one topic is often overlooked or oversimplified. Do digital technologies increase or combat existing health inequalities?

Health inequalities happen because, on average, richer people are healthier and live longer. To combat these inequalities, health interventions need to have a bigger effect on poorer and sicker people. People have therefore questioned the NHS offering digital interventions because – it is said – digital services can only be used by people who have access to technology, and these people tend to be richer.

It’s true that Britain has a real digital divide. The stereotype is of the ‘digitally disenfranchised’ losing out to the digital natives. People who are not online tend to be poorer and older, and they do often miss out – the best deals for utilities or holidays are often online, and some councils even insist on online transactions. As the number of internet users grows, this group becomes a bit smaller and a lot more disadvantaged (the Tinder Foundation are experts on this). While generational change means that the number of older people who are offline is likely to reduce, we cannot just wait for this need to disappear. Support for people to get online is and should be an active priority across policy areas, supported by experts.

The digital divide is a policy priority, but it must not blind us to the inequalities that are already there: traditional services can also exclude people. Shift-workers may find it near impossible to get a GP slot at a time that suits them. Rural bus services to hospitals can be a nightmare. Homeless people often find it hard to access NHS services because they do not have an address, but growing evidence suggests that many have internet access, at shelters or increasingly with a smartphone.

The availability of cheap, basic Android handsets and no-commitment contracts, often unnoticed by people who can afford top-end handsets and access direct debits, has been significant to internet access, with more and more digital transactions happening on smartphones rather than PCs. This means that digital services have increased potential to break down some of the barriers to access that feed health inequalities – stigma, lack of transport or affordable childcare, unpredictable working hours.

It can be easy to forget how much the profile of internet users has changed in the last ten years, even where we have seen the change happen. Many of us have an older relative who makes use of e-readers, Skype, online shopping and so on, but rather than thinking that lots of older people are now online we assume that our relative is an exception. A few years ago at Big White Wall, we noticed that the people being referred to us by their GP were younger than people joining through self-referral. We thought that this might be partly down to GPs not offering digital services to slightly older patients, thinking that they wouldn’t want them. This age variation has now disappeared.

Perhaps it was just a statistical blip, or perhaps it was a sign of changing times: either a shift in professional perceptions, or an increase in patients asking for online options, or both.

We must be alert to the danger that our beliefs about the ‘digital divide’ could increase health inequalities by preventing people from accessing services that could help them. Integrated, carefully commissioned offline and online services will give us the best chance of tackling health inequality: but we must always start by asking each individual what support they need, and how they want to access it. 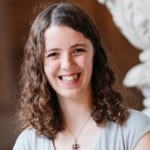 Claire leads on research and outcomes for the international digital mental health provider Big White Wall. She specialises in designing and implementing innovative methods for measuring impact, and has a degree in history from Cambridge University and a postgraduate certificate in health economics. Prior to joining Big White Wall she worked in research consultancy, specialising in community cohesion and engagement with seldom-heard groups. She is particularly interested in the delivery of mental health and public health programmes at scale as a means to combat health inequality. Visit www.bigwhitewall.com

This website uses cookies to improve your experience while you navigate through the website. Out of these, the cookies that are categorized as necessary are stored on your browser as they are essential for the working of basic functionalities of the website. We also use third-party cookies that help us analyze and understand how you use this website. These cookies will be stored in your browser only with your consent. You also have the option to opt-out of these cookies. But opting out of some of these cookies may affect your browsing experience.
Necessary Always Enabled
Necessary cookies are absolutely essential for the website to function properly. This category only includes cookies that ensures basic functionalities and security features of the website. These cookies do not store any personal information.
Non-necessary
Any cookies that may not be particularly necessary for the website to function and is used specifically to collect user personal data via analytics, ads, other embedded contents are termed as non-necessary cookies. It is mandatory to procure user consent prior to running these cookies on your website.
SAVE & ACCEPT